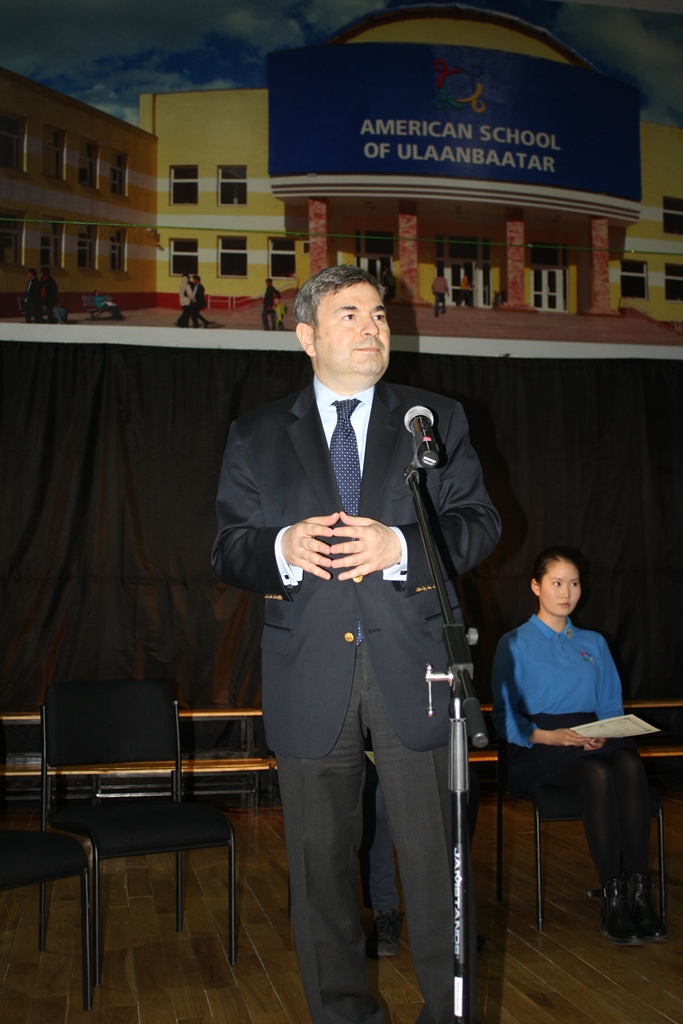 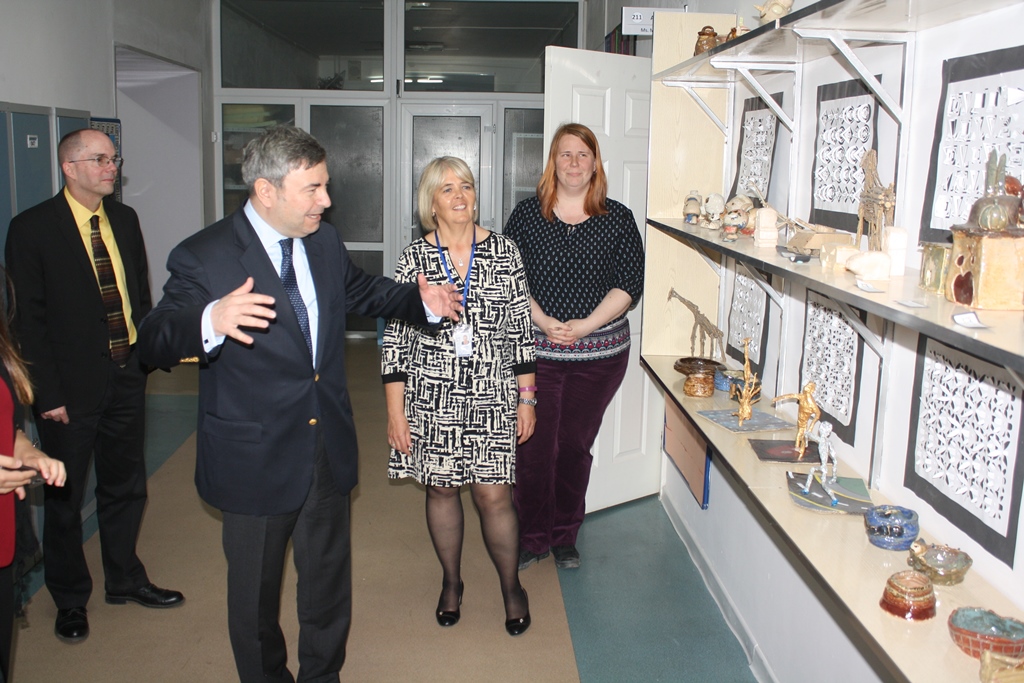 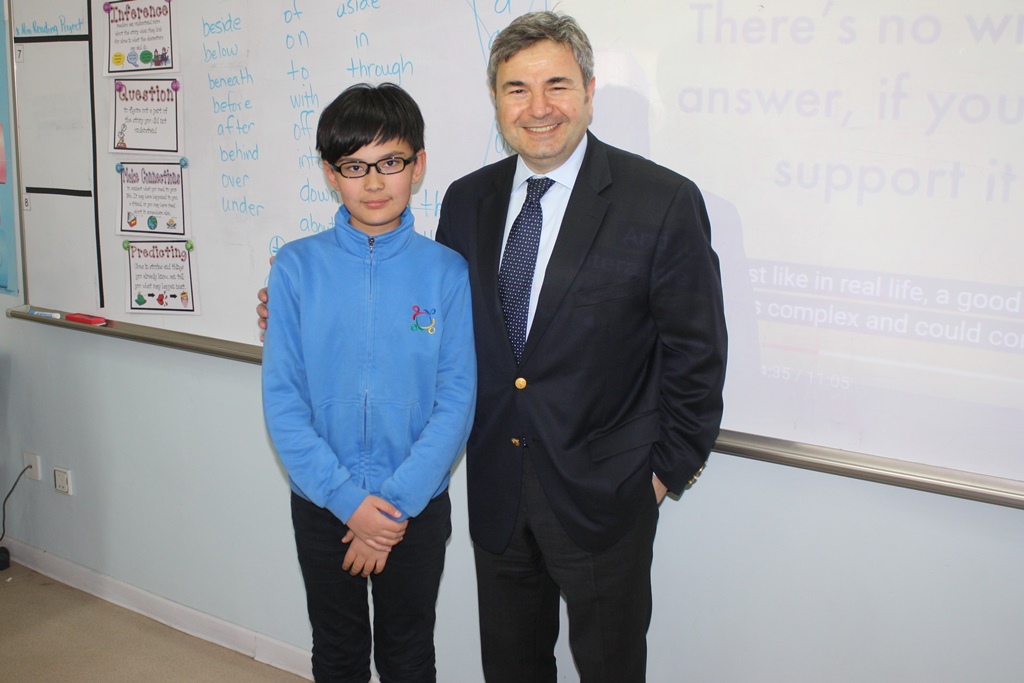 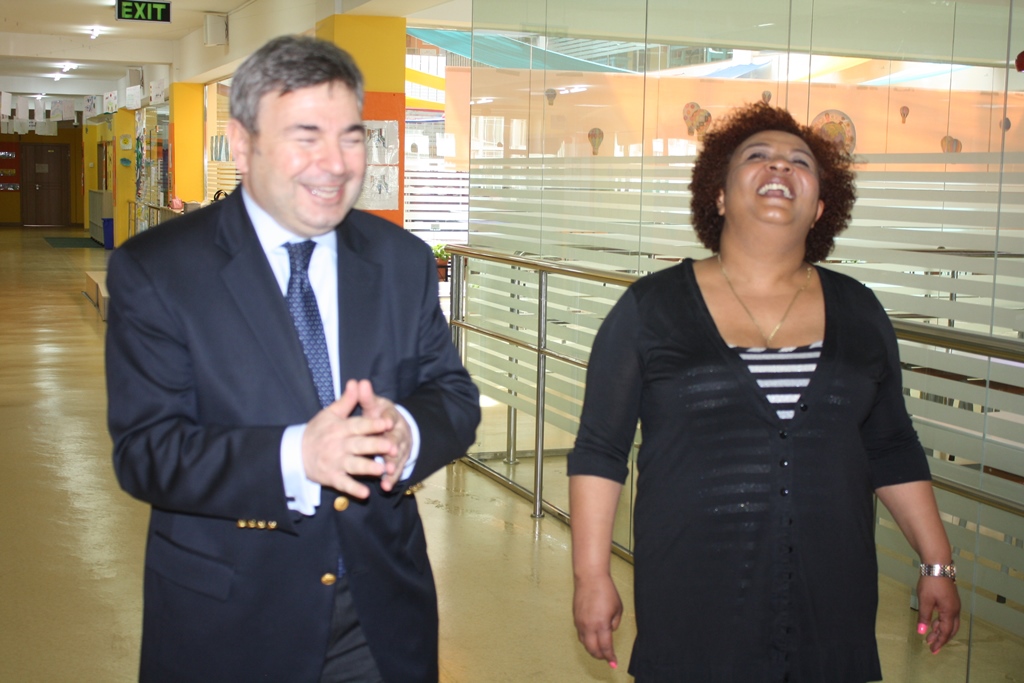 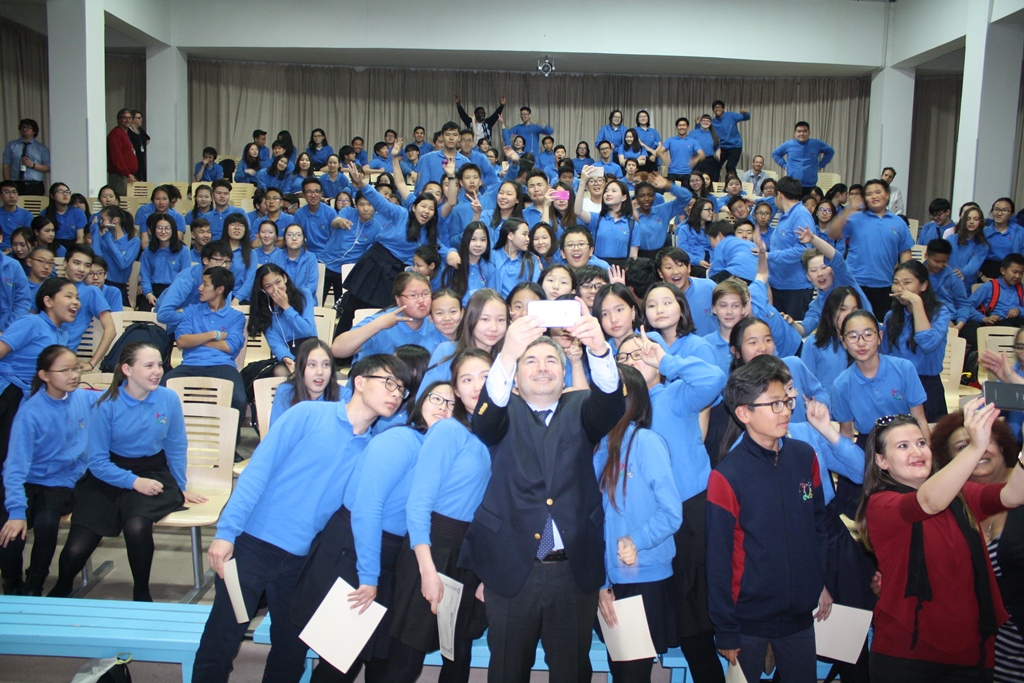 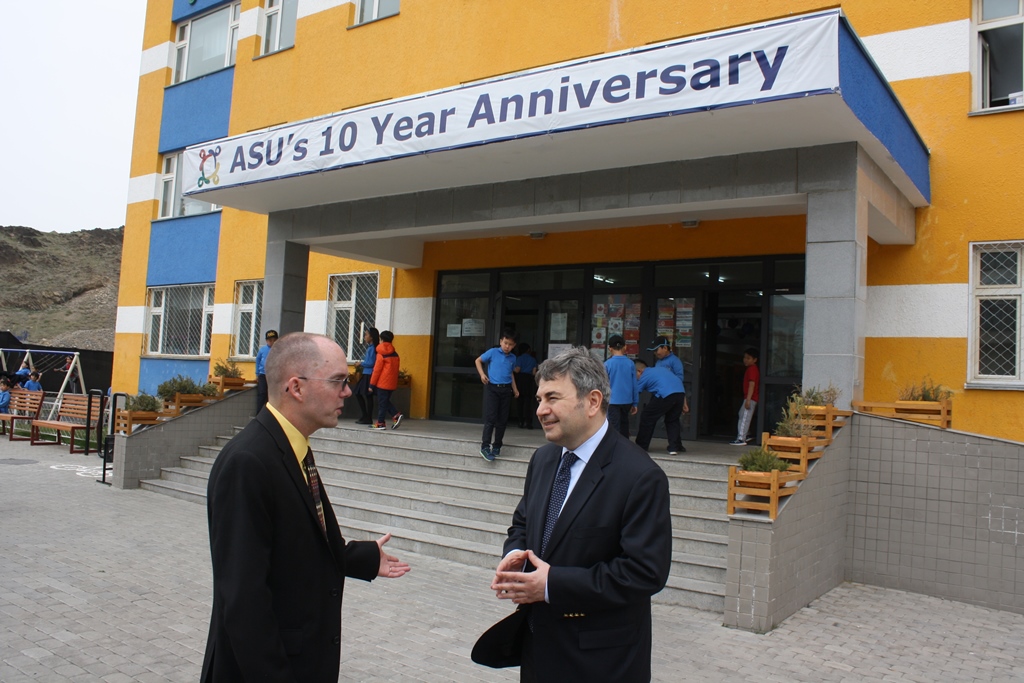 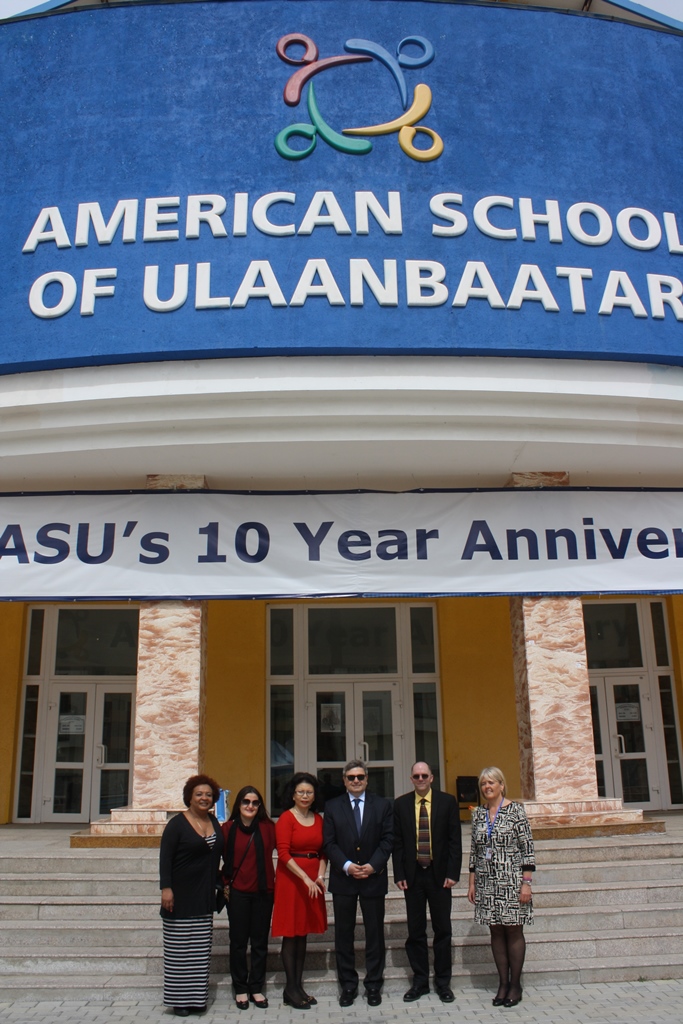 On May 18th 2016, we were honored to host a visit from His Excellency Murat Karagöz, Ambassador Extraordinary and Plenipotentiary of the Republic of Turkey to Mongolia and Ms Hilal İzci, Third Secretary of the Embassy of the Republic of Turkey in Mongolia. After touring around the Elementary and Secondary School campuses, the Ambassador spoke to an assembly of Middle and High school students during which he shared stories from his life, the country of Turkey, his international career as a diplomat and experiences he has had as part of his current posting in Mongolia. Mr Karagöz was particularly pleased to meet an ASU student who shares his given name. The Ambassador was also gracious enough to conduct the Induction Ceremony for the newly elected High School Student Council (2016 – 2017).